Made from highly sophisticated technology, Tungsten Jewelry of TATIAS guarantees high quality. Tungsten carbide alloys of TATIAS are not allergic.

This product is adjustable in length.

TUNGSTEN JEWELRY OF TATIAS DOES NOT SCRATCH AND CAN BE WORN SEMI-PERMANENTLY.

TATIAS presents Tungsten jewelry in practical and luxurious designs for customers who consider reasonable consumption. Tungsten carbide is an alloy of tungsten and carbon which is 10 times harder than gold and has a very high hardness. Tungsten jewelry of TATIAS is characterized by heavy weight and semi-permanent gloss.

"Tungsten" is a Swedish word meaning "heavy stone". Tungsten was first discovered by German chemist Carl Wilhelm Scheele from Sweden in 1781. Two years later, it was first isolated. "Tungsten Carbide" was discovered in 1890 by French chemist Henri Moissan during the synthesis of artificial diamonds. 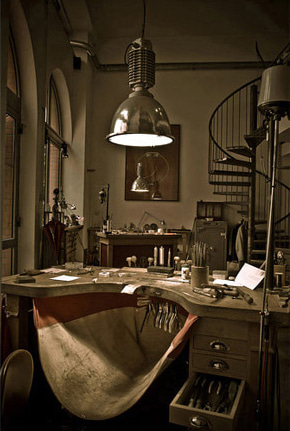 Please refer to the following when purchasing the TATIAS's Tungsten product family.
Tungsten rings are difficult to adjust in size, so please order them at the exact size you measured in the jewelry shop.
Tungsten bracelets can be adjusted in length, so please specify your desired length in Delivery message/Requirement box when you order. 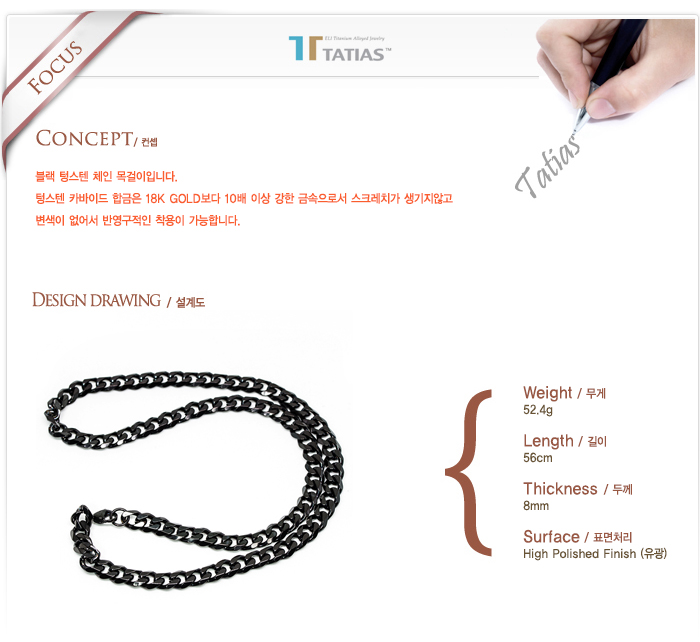 Tungsten carbide is an alloy of tungsten and carbon which is 10 times harder than gold and has a very high hardness.

Tungsten jewelry of TATIAS is characterized by heavy weight and semi-permanent gloss.

TATIAS Tungsten Jewelry is born at the end of the countless effort and it will enhance your dignity. 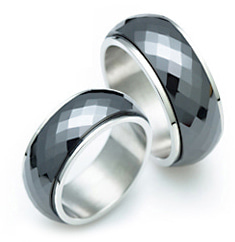 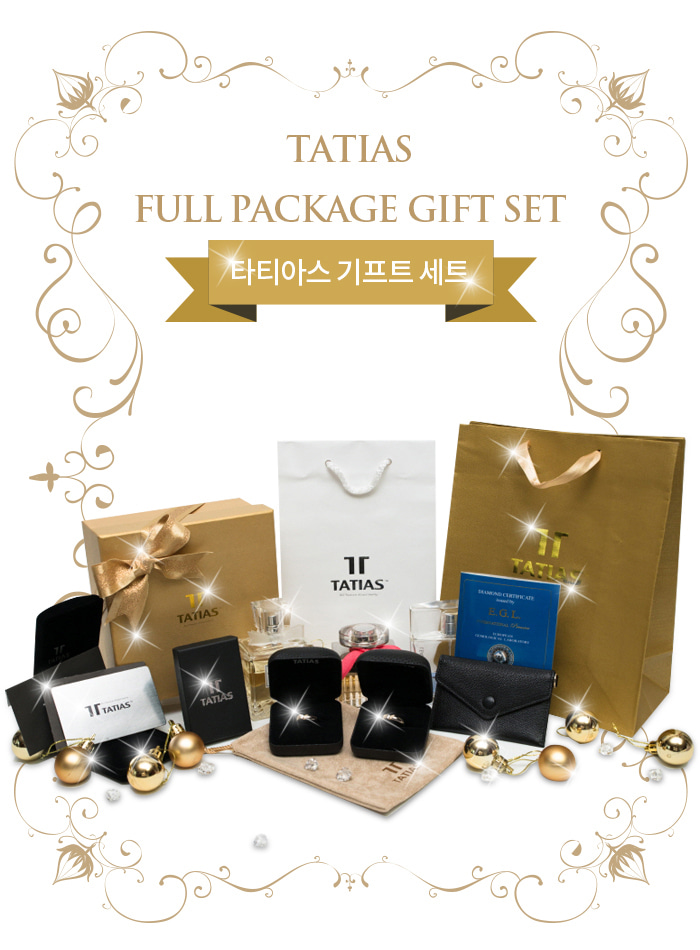 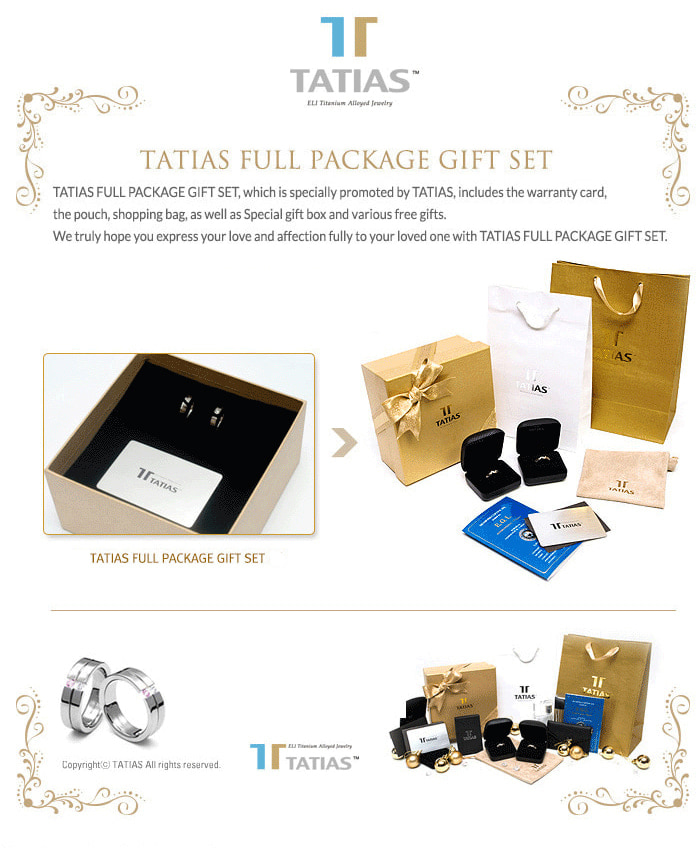 In response to increasing demand for our products, TATIAS opened up a second manufacturing facility to maintain the quality level, deliver products faster, and better to serve our customers. 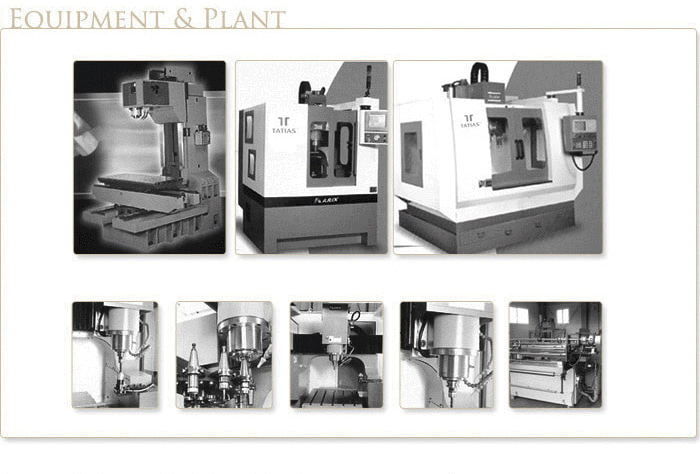 TATIAS's first priority is to satisfy every customers in customer's point of view.
Lifetime Warranty Service is our ground rule.
Every TATIAS Jewelries are allowed lifetime warranty service.
There is no expiration date of warranty service so you can get your service anytime at customer service center(82-2-365-3372 [extenstion #2]) without interruption regardless of time or day. 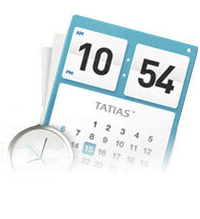 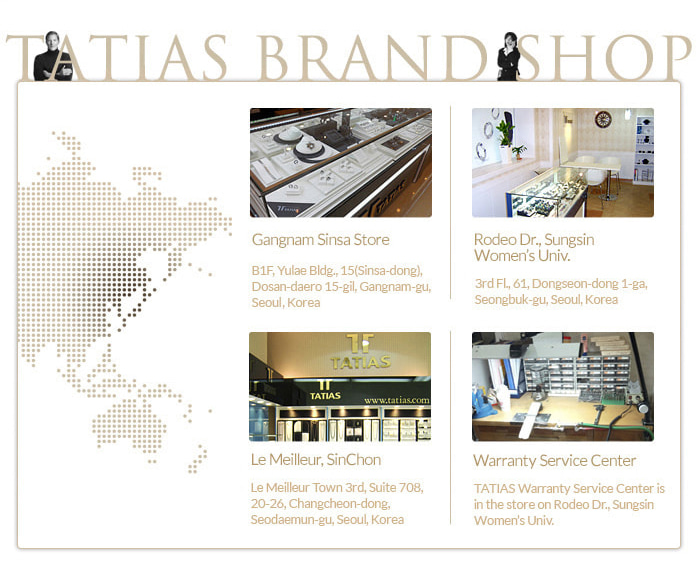